An evolution of the FW10, the 1986 Williams FW11, designed by Frank Dernie, was leaner than its predecessor and was intended as a challenger to the McLaren MP4/2, winner of both Championships in 1985.

Having won the final three races of 1985 with the FW10, the Williams Team were keen to continue their successful run into 1986.

Propelled by the Honda 1.5 Litre V6 turbo engine, which at the time was one of the most powerful in Formula 1, producing 800 bhp at 12,000rpm and over 50% again in qualifying trim, it proved to be the class of the field in 1986, during which only small failures would prove to be its undoing.

Coupled with Honda power, the aerodynamics of the FW11 were superior to those of the team’s rivals, Mclaren and Lotus which made for a thoroughly competitive 1986.

Williams’ drivers for 1986 were Nigel Mansell, in his second season for the team, and twice world champion Nelson Piquet in his debut year.

Between Mansell and Piquet, they won Grand Prix in Belgium, Brazil Germany, Canada, Hungary, France, Britain, Italy and Portugal, and only lost out on the World Constructors Championship when Nigel Mansell’s rear tyre exploded spectacularly at the Australian Grand Prix in Adelaide, Alain Prost of McLaren eventually taking the title.

It has been argued that if Williams had thrown their weight behind one or the other of their drivers at the mid-point of the season, along with the World Constructors Championship they achieved in 1986, the World Drivers Championship would have been theirs by virtue of not having to share points between drivers.

For 1987 Honda produced an even more powerful and fuel efficient V6 turbo engine.

The introduction of active suspension, designed to manage the ride height of the car, giving an equal ground clearance throughout helped the team to ten wins (including the 1987 British Grand Prix), guiding Piquet to the 1987 title, and the team the Constructors.

This wasn’t enough to convince Honda to extend their contract with the team and they followed the departing World Champion to Lotus for 1988. 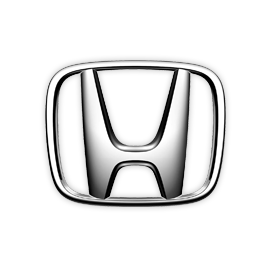