The Williams FW20 was a car that was hugely affected by the departure of Williams' Chief Designer Adrian Newey to McLaren, and Renault's withdrawal from Formula 1. There were also howls of derision when Rothmans' Winfield brand became title sponsor meaning that for the first time in their history, Williams cars would be red - The colour of their fiercest rivals Ferrari no less!

The Williams FW20 as the first Williams for eight years without any input from Adrian Newey, and the first without ‘Renault’ power for a decade.

For 1998 Williams would be powered by a ‘Mecachrome’ which was essentially a rebadged 1997 Renault engine, which, in the fast-paced world of Formula 1 engine development, left them down on power compared to Ferrari and McLaren – in the first year of their resurgence after a poor few seasons and now with the world’s most sought after car designer Adrian Newey.

The design of the FW20 itself was another evolution of the previous year’s car, with a few minor updates to allow it to adhere to the FIA’s new technical regulations.

No doubt affected by the major upheaval it was almost as if Williams took a year or two out in order to secure themselves a works engine deal, and only when they did would they approach a new car at full tilt. Sadly for them (and Williams fans) by the time they did, McLaren and Ferrari had stolen too much of an advantage – one that Williams, to this day, have been unable to recoup.

This approach led to a disappointing season by Williams’ standards with three podium finishes leaving them well off the pace of McLarens and Ferraris, and in third place in the World Constructors Championship, just ahead of Jordan.

At the end of the season, Jacques Villeneuve, frustrated at his and the FW20‘s inability to defend their 1997 titles, left to join BAR. 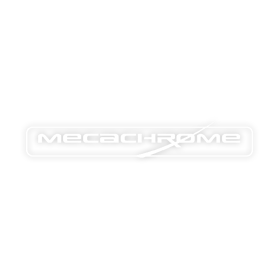